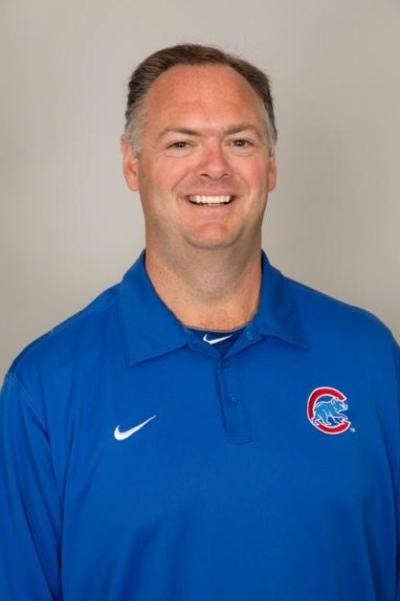 Chuck's education includes a Bachelor of Science Degree from Morningside College in physical education with an emphasis in Athletic Training and a Master’s Degree from Capella University in Sports Psychology. Chuck is a Major League Assistant Athletic Trainer for the Chicago Cubs. Prior to being promoted to the Major League staff, Chuck made stops in Boise (Short-A), Lansing (A), and Jackson (AA). Baughman began his professional career in 1999 with the Cincinnati Reds organization in Clinton, IA (A). In addition to serving on the Board, Chuck is a Certified Member of the National Athletics Association (NATA), a Member of the Arizona Athletic Trainers Association (AZATA) and a Member of the Professional Baseball Athletic Trainers Society (PBATS) and Member of the Association of Applied Sport Psychology. He also serves the NATA on committees at the National and Districts levels and also the exam development committee for the Board of Certification. Chuck lives in Surprise, AZ with his wife Stacey, daughter Carson and son Cash.