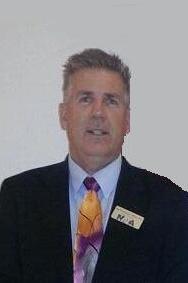 Mr. Peterson has been published in numerous publications on a variety of subjects and is considered an expert in athletic health care for the secondary school athlete.

Mr. and Mrs. Peterson are the parents of 5 children, all of whom have participated in school activities.  They are also the proud grandparents of Carter (grandson).  Both are employed by schools and are active in providing opportunities for success to their students.  They are also both active in the LDS church.